I’ve had the chemicals and equipment to develop B&W film at home ( #developathome ) for a couple of months now but kept putting if off as it was easier to drop the film off at the lab.

Now in my deference, I was using second-hand film cameras bought off eBay. I needed to make sure the cameras were working correctly and it wasn’t any mistake i was doing in the development that was causing the problems.

However, the world has changed in the passed couple weeks as this Covid-19 virus hits hard and the country has gone into Lockdown.

Can’t go out to work and have to stay within a 2km radius of your house to try and stop the spread of the virus.

So, one morning while making breakfast, I went to the fridge to get some milk and there they where 20 rolls of exposed film just sitting there. Procrastinate no more.

No better time now then to get stuck into learning to develop film at home. How hard can it be?

No hard at all as it happens apart from one small problem. Getting the bloody roll of film onto the reel in the changing bag. The mixing and setting up the chemicals is easy. Follow the instructions on the bottle ( 1+10 ), 1 part chemical to 10 parts water. In my case I was using Kodak D-76 power and mixed it into 3.8L of water at 50c. The other chemical needed, Stop, Fix and Wetting Agent were simple to mix and all stored in 1L plastic bottles. 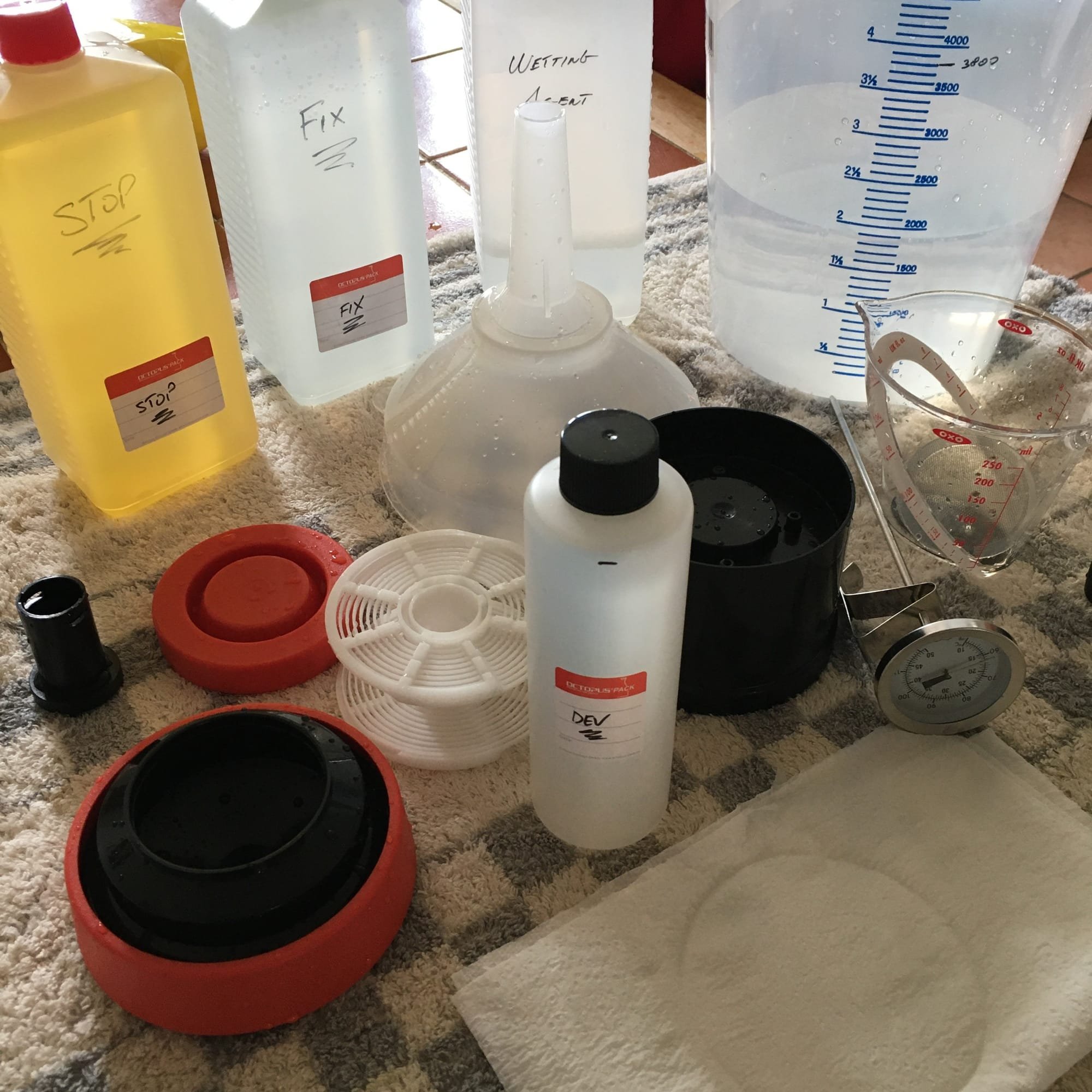 All the chemical ready to start

Getting back to the problem...... The problem I was having was the film was getting stuck as I was feeding it on to the reel. After 4 attempts I finally got it on the reel. Later doing a bit or reading  on the internet I found out if you cut the leading edge of the film strip with an angle it will feed better.

Once the film is on the reel and in the dev tank you can take it out of the changing bag and now your ready to start the developing part. I followed the instruction from an app call The Massive Dev Chart. It’s that simple. follow the instructions and you can’t go wrong. Make sure you label the bottles of chemicals as you don’t want to get them mixed up. After 20 mins going through the whole process from start to the final wash comes the exciting part. Is there any images on the roll. The negative hanging up to dry

I’m 50 years old and I was like a little child running down to see if Santa had left some presents under the Christmas tree. That’s how I can only explain the feeling as I was opening the tank on my first roll of film developed on the kitchen table.

Low and behold, we had images. As I said at the start, there was 20 rolls in the fridge and I had no idea what was on the rolls I picked.

Here are some of the images from my first roll ( #developathome ). 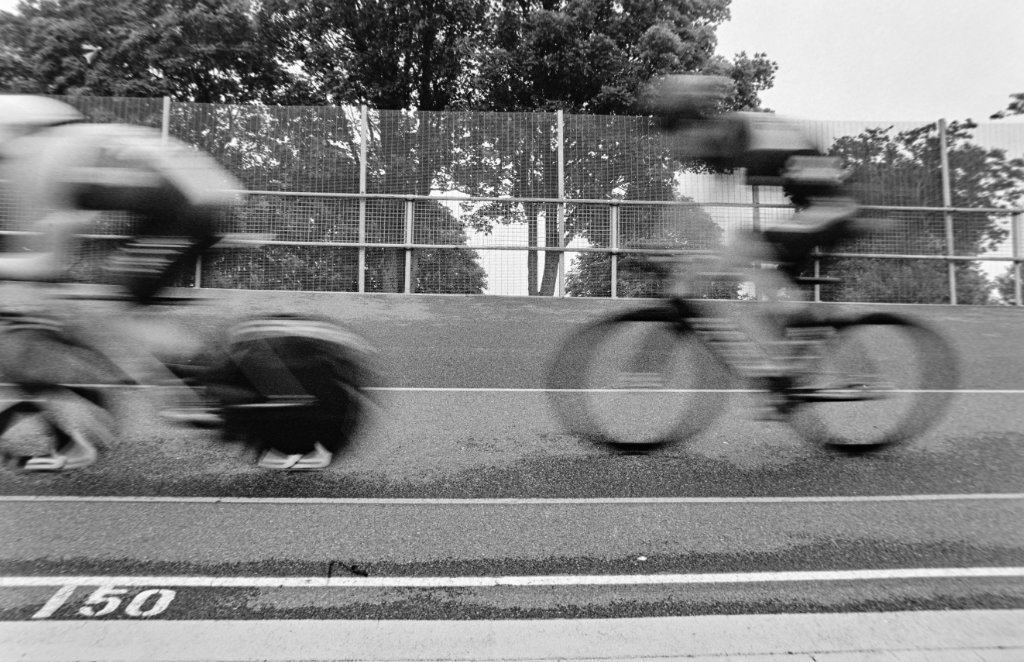 That's the image you can see on the negative above 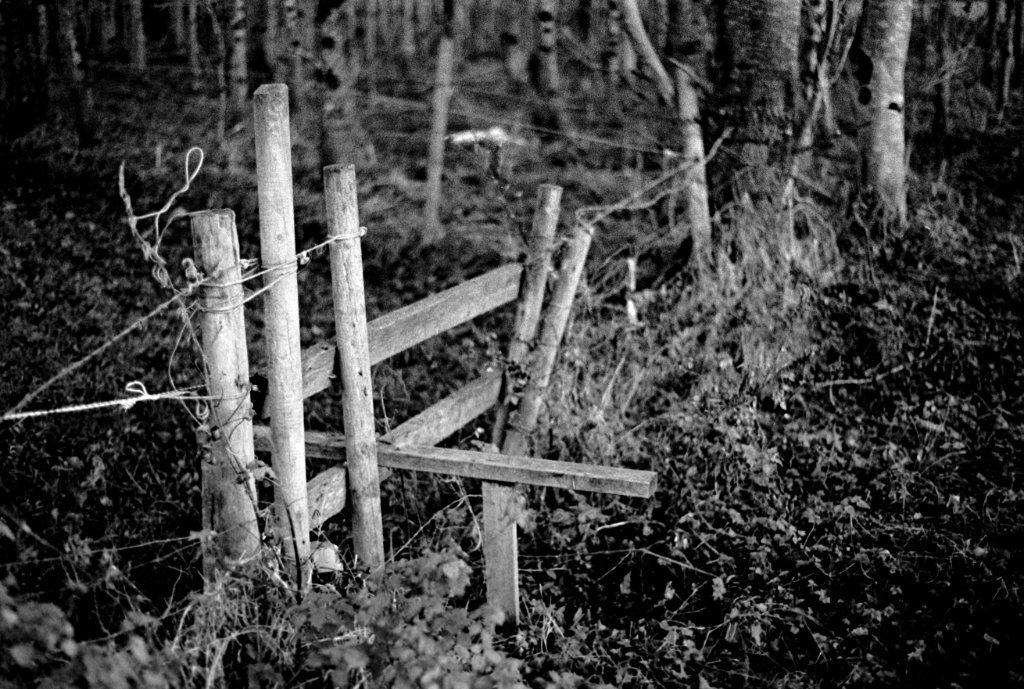 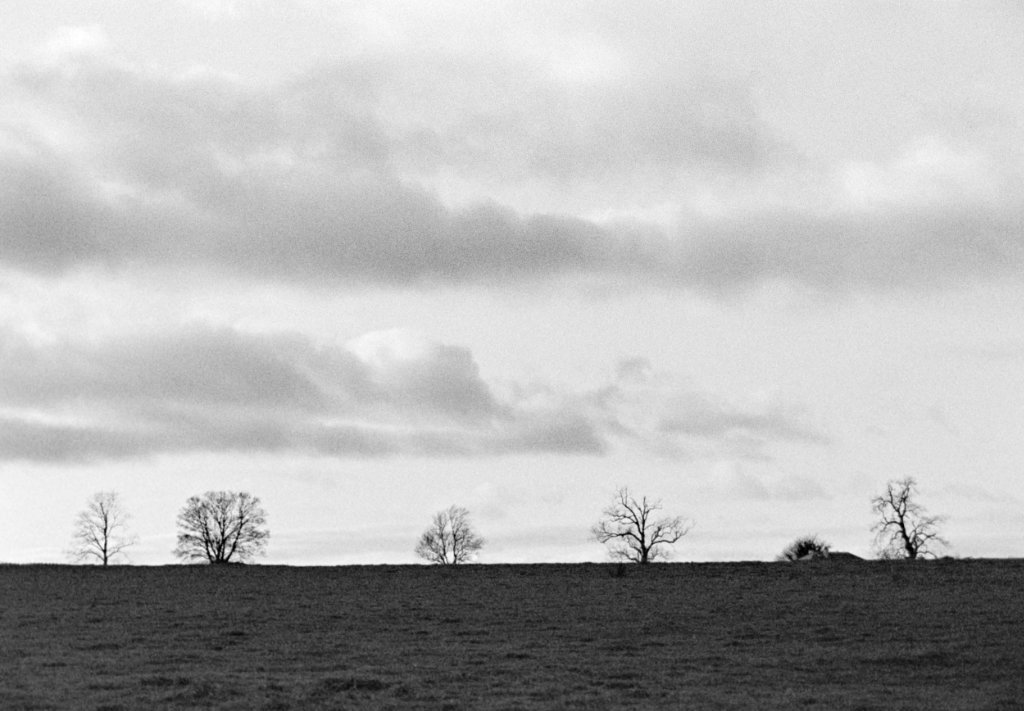 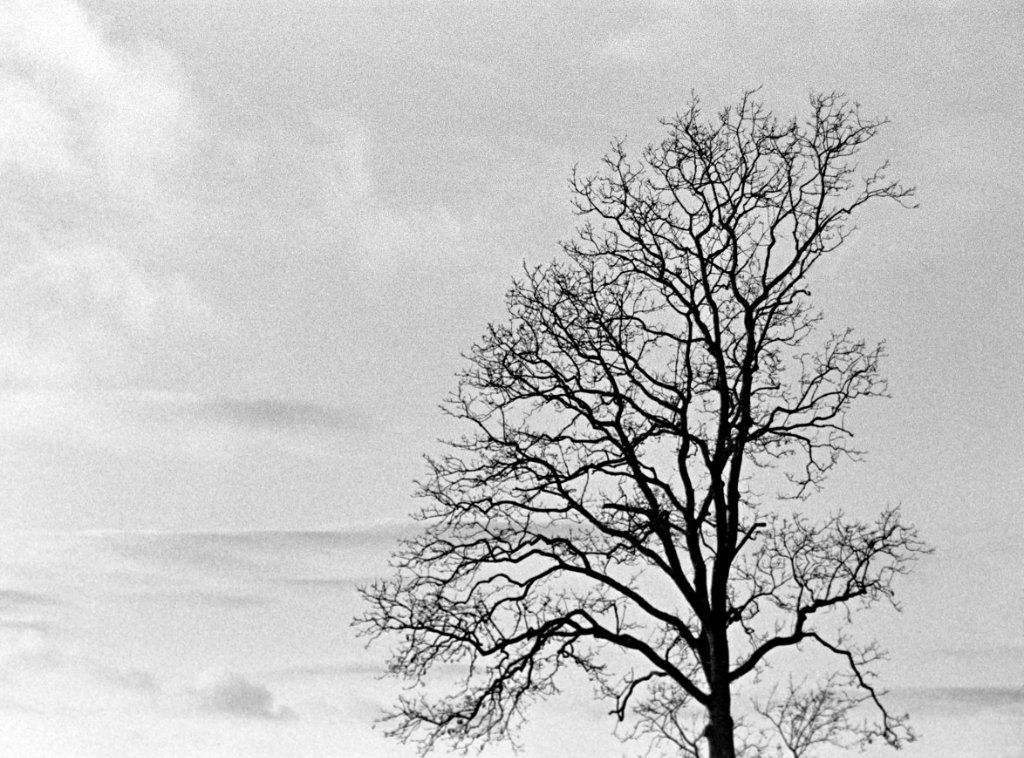 Next step in the process is how to scan the negative into the computer to edit if your not going to darkroom print.