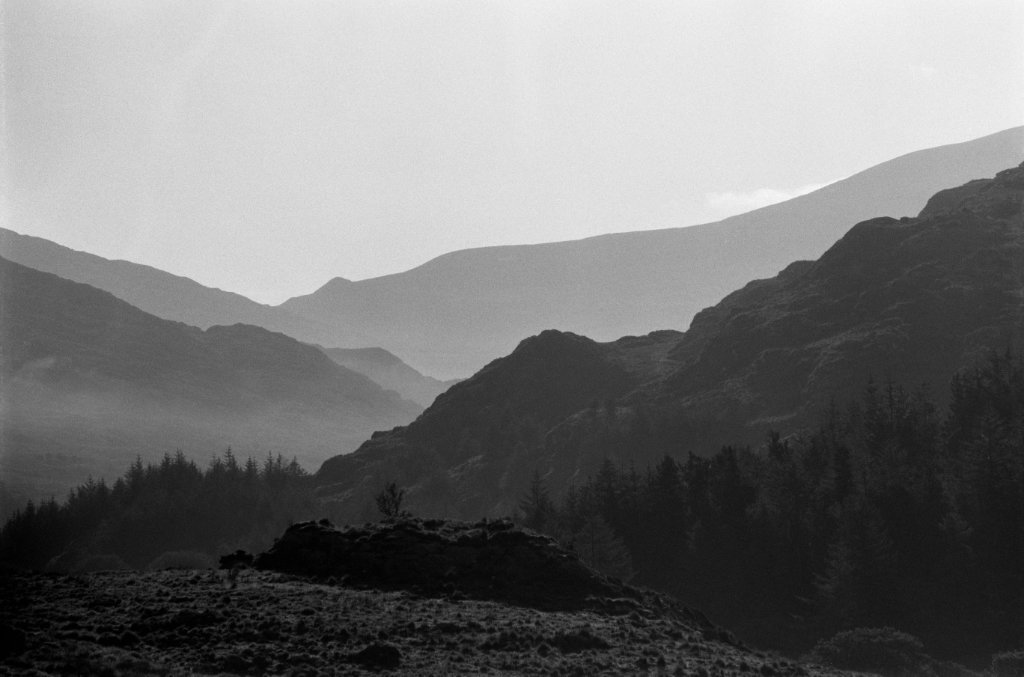 Leaving the house early one morning last August so as to make it down to Killarney, Co. Kerry before lunch meant for a very early wake up alarm. Haven't that one of them in a long time. The was special for a couple reasons. One, I will be shooting on film as only brought my collection of Olympus OM's along and two, my son was tagging along for his first trip shooting stills and getting in some practice in shooting video. 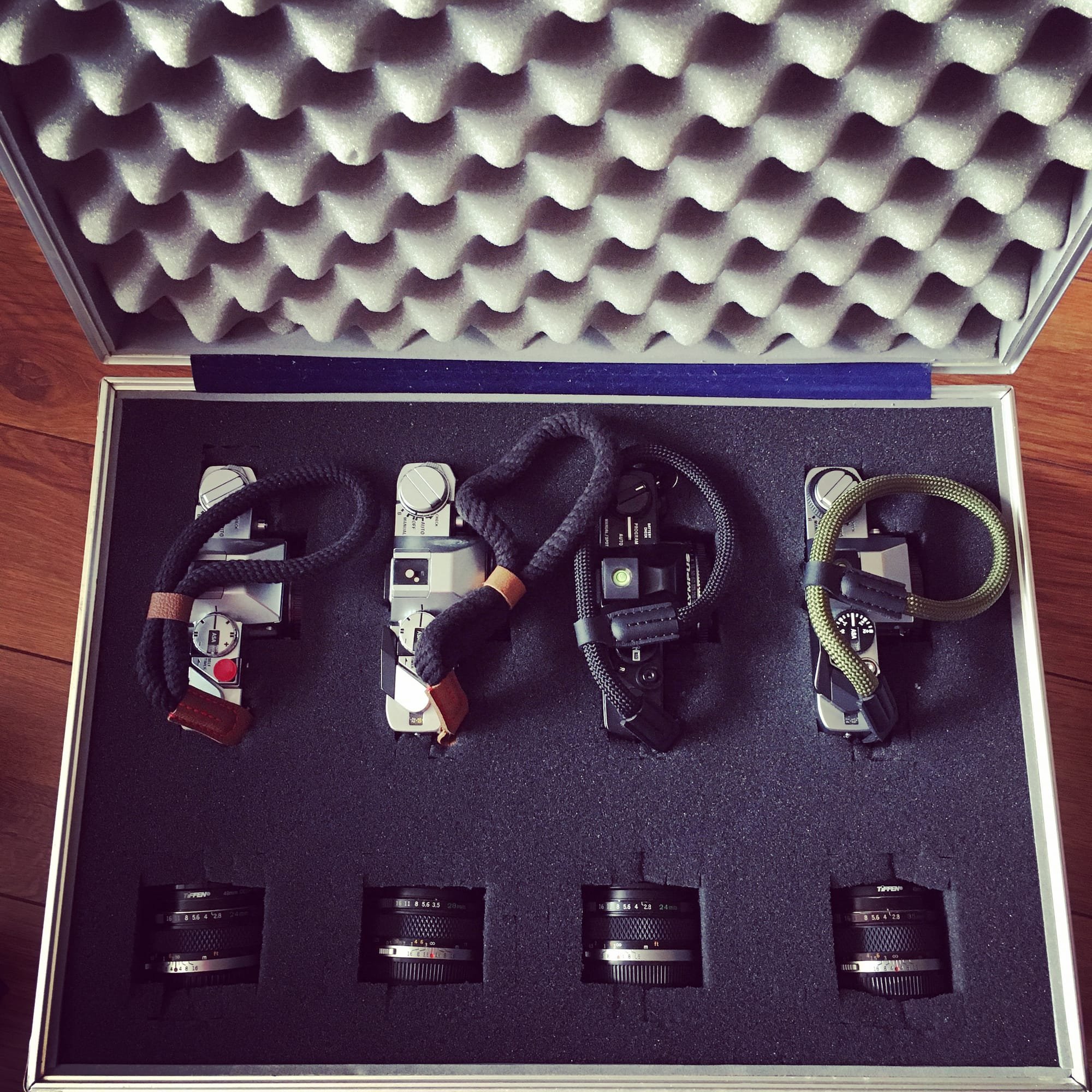 The trip down was uneventful and made it down in time for a quick bit of lunch before the first stop of the day. This trip is going to cost me a small fortune as with Craig along everything is double the price ( lunch, dinners and accommodation ). A couple shooting into this trip and I had a major problem with my Olympus OM2 S/P. It shutter started to act a bit funny and lock up at times. But then it just died. OH CRAP.....

Like a good boy scout and the fact the camera is known to eat batteries alive, I swapped out the old with some new fresh one. OH CRAP .....

I now have a bricked Olympus OM2 S/P on my hands. I love this camera which I picked up on eBay for €120 euro in mint condition.

( We are going to jump forward a week to bring you the news that a fuse had blown on the circuit board. The camera was repaired and back in action a couple weeks later. The service engineer could not believe and had not seen a camera in this perfect condition. He told me to put it on the shelf and keep it safe. No way. I'm going to shoot the crap out of this little beauty. )

Back-Up Plan A was put into action and I switched to one of my other Olympus OM30 cameras and continued on but it did put a major damper on the trip. 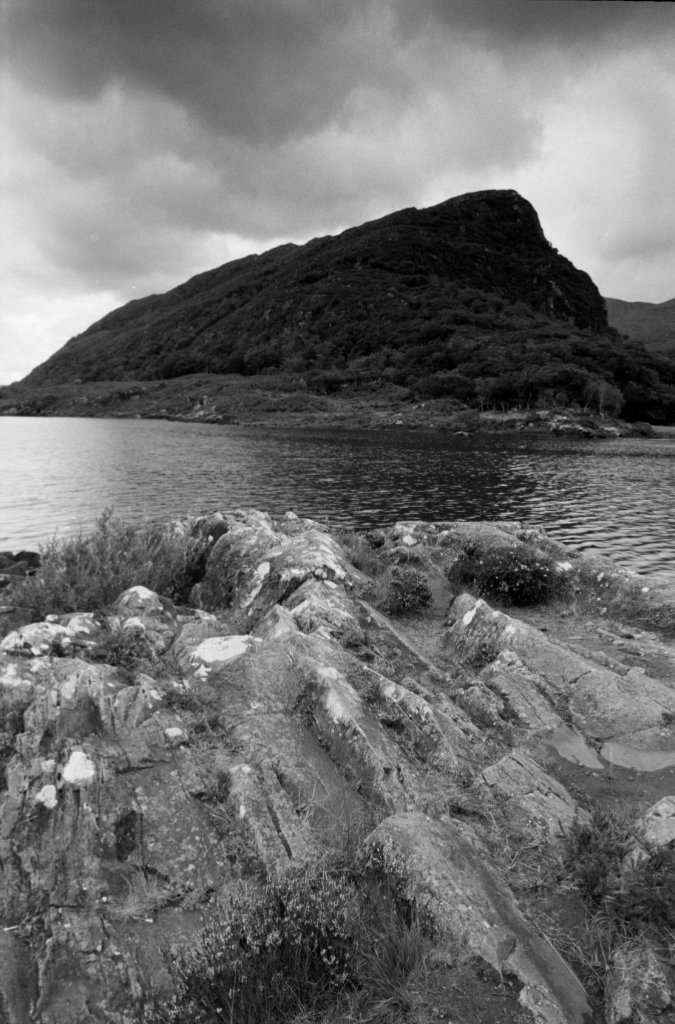 We found our B&B which was right down in the heart of the Black Valley in the middle of nowhere. This would turn out be be a great idea as the next morning all we had to do was walk out the front door and shoot the wonderful still morning. 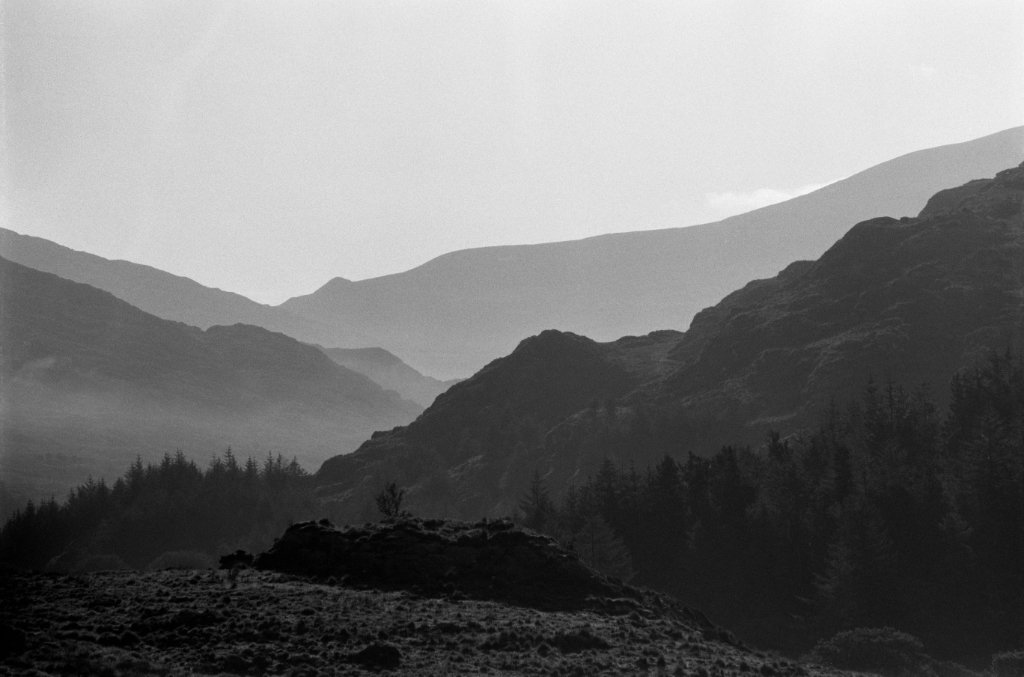 What's the one thing you have to do on a clear sky, early morning, not a hint of wind ? Get the image before the bloody miggies get you. Oh Jesus , they were out in force this morning down by the waters edge. I know all about this problem but it was funny to see my son, Craig, cope with the miggies. However, it was worth the pain and suffering to capture some of my best images down in The Black Valley. 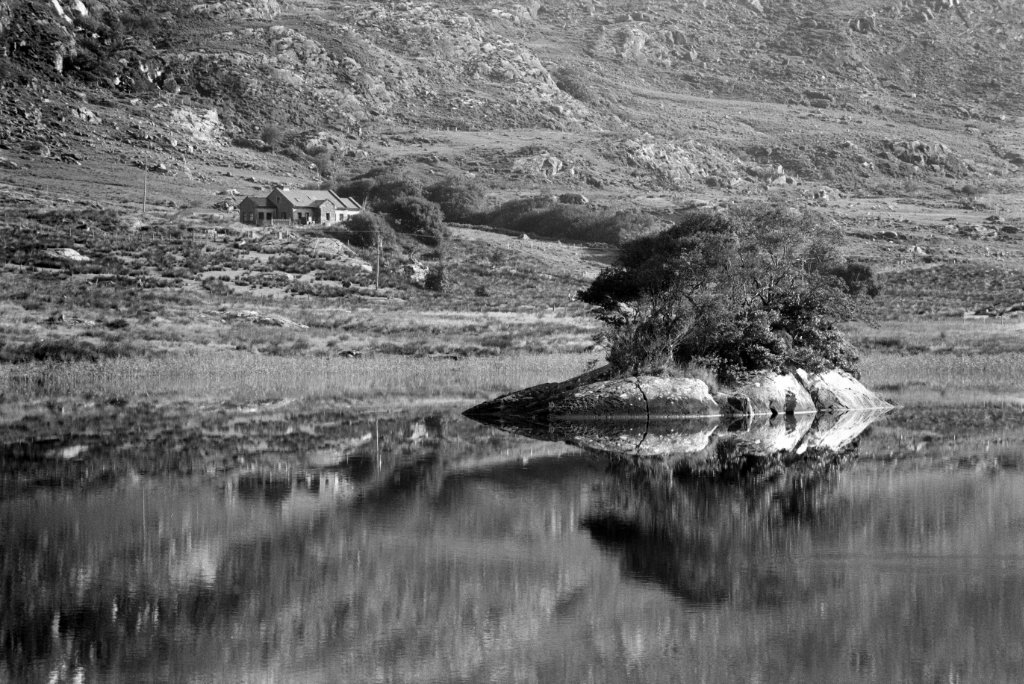 As always, you have to pay a visit to the now famous cottage along the path. We drove down to the cottage to get a image before it was time to head back to the B&B for breakfast. The sky was completely cloudless so I wasn't impressed with the view. A quick look at the weather feed and there was some clouds rolling our way so after breakfast we headed back down to the cottage with a couple stops along the way some to kill time. 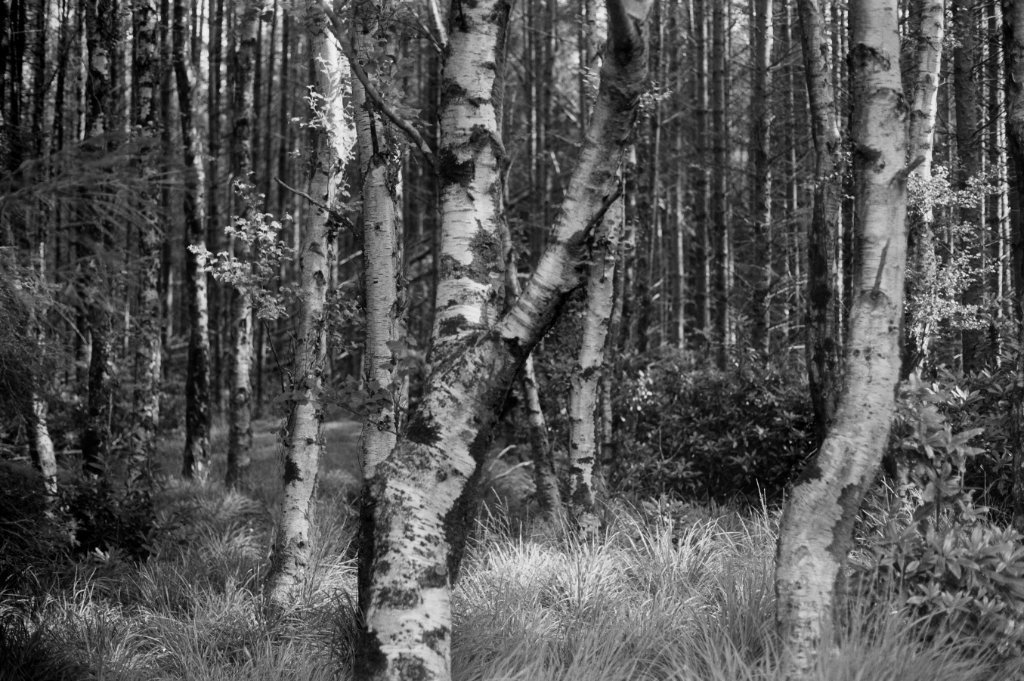 As was forecast the clouds rolled in and this is my kind of weather and a shot this image below about 20 times as the clouds changed. I had forgotten I was using film until I was forced to stop and reload a new roll of film.

I want to mention that all the images you see here are not edited apart from the standard contrast adjustments after the scanning process. This leads me onto to the other major turning point last year. I have dumped all my Adobe products. No more Lightroom or Photoshop. I now use Free Open Source applications for basic edits and that's it. That will change once I find a process to scan faster & better straight into Affinity Photo for some basic edits and retouching. 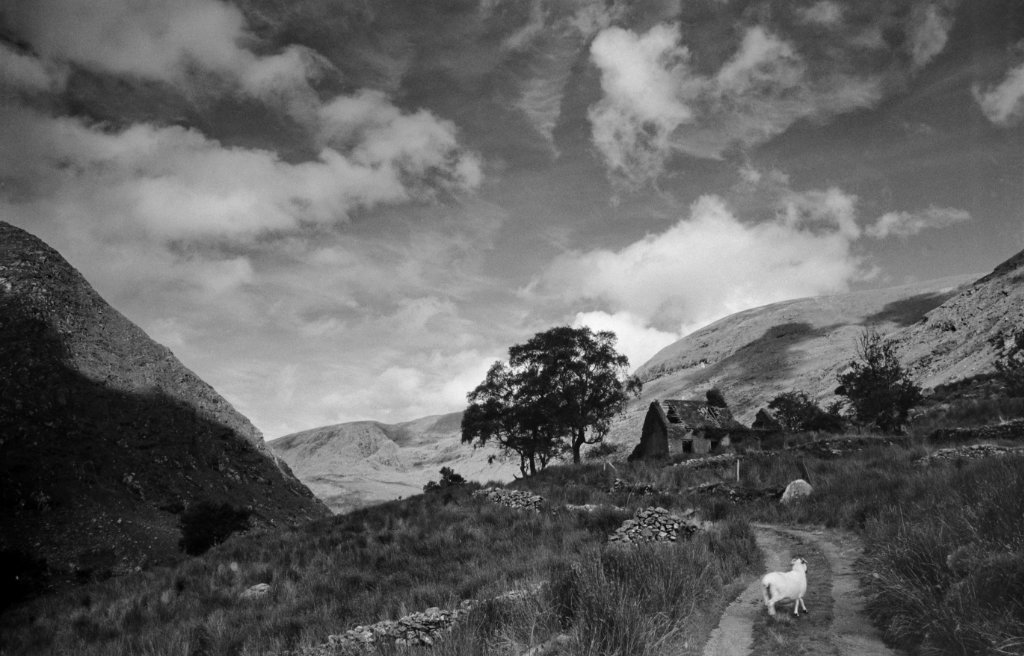